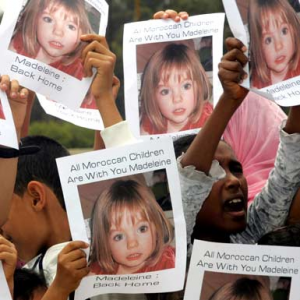 A reader in Portugal writes to Anorak of the Madeleine McCann case. There are no suspects. We do not know what crime, if any, has been committed. The parents are innocent. Robert Murat is innocent.

“Maddie: private detectives received aid from a “mole” inside the PJ – SOS Maddie.”

Can this be true? Duarte Levy writes:

According to one of the private detectives that were hired by Metodo 3 within their contract with Kate and Gerry McCann, an inspector from the Polícia Judiciária transmitted confidential information regarding the movements of the Portuguese investigators and of their British colleagues within the inquiry into Maddie’s disappearance to the Spanish agency.

So leaks from the Portuguese police might not have been all bad?

The information that was thus obtained has allowed for the private detectives to inform the McCann couple and their entourage about the diligences that were prepared by the Portuguese investigators:

“Several initiatives by Amaral’s men failed due to the information that was given away by their colleague… but there was also information coming from informants that were connected to the British embassy”, the detective states.

“That was information that allowed us to know in advance what inspector Amaral and his colleagues intended to do”, the private detective further states during an interview that was recently recorded in Spain, stressing that “the inquiry would probably have had a different outcome without the intervention of the private detectives, but equally without that of certain British professionals.” 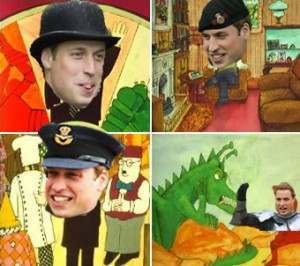 HOME from a night out in the London, in the company of Prince William.

Having missed the night bus, been robbed and sexually assaulted by a minicab driver, and ignored by the Cabbie, Wills is making do with a limousine.

Wills gazes from the window. He breathes on the glass and writes with a strident digit: “Wills Luvs Katie.”

What ho? Wills sees a Peugeot crushed by accident. He orders the car to stop.

DAILY MIRROR (front page): “POLICE TO SHANNON’S MUM – SHE’S SAFE AND WELL. SHANNON MUM TO POLICE: I LIKE YOUR RINGTONE”

Indeed, the police have ringtones. One has a whistle that makes the sound of a duck, another has a truncheon shaped like drumstick by which he can pound the beat, literally!

“I thought, ‘We’ve just found your daughter and you’re more concerned about the ringtone’”

Natalie Brown is in the witness box. Says she:

“One woman said about him having a cute bum. Karen said she wouldn’t mind taking him upstairs. She was having a giggle thinking it was funny. Acting like a little child.”

“One minute she would be laughing and be happy and joking but when the news came on TV she would be very quiet.”

We’re on the telly!

Natalie claimed she told Matthews off on one occasion when she said to her youngest daughter “Look Shannon’s on TV she’s famous.”

Is Karen Matthews a celebrity? Is Shannon? How much is her story worth?

“I never saw any real tears. Her eyes would well up and that was it.”

Pages 8 and 9: “THE RING OF TRUTH – Phone quip as Shannon found”

DC Alex Gummit has a phone that when called plays Crazy by Gnarls Barkley. Says Karen Matthews, allegedly: “You must Bluetooth it to me or text me.” Or call and we’ll do cans…

The Sun goes on to talk about the £50,000 reward for finding Shannon. The piece is erroneously called “SUN’S £50,000.” The reward was indeed for that sum but the Sun did not put it all up. The money was raised by well wishers. For such reasons, readers who find Madeleine McCann should beware of claiming Anorak’s £3.2million, as advertised here.

Matthews, 33 — who is jointly accused of staging the nine-year-old’s disappearance to claim a £50,000 reward from The Sun — left officers deeply suspicious because of her reaction.

Bansturbation In Australia: Banning The Internet 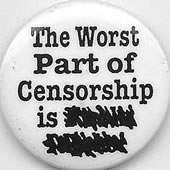 IN AUSTRALIA the new mandatory net filter is being readied to block 10,000 websites that deal in “unwanted content”.

How is it unwanted? We know not, only that it is. 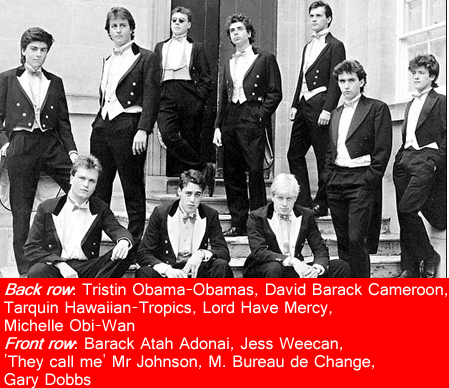 MICHAEL Gove, the Wind In The Willows’ extra who went it alone, is the Conservative Party’s schools spokesman.

END_OF_DOCUMENT_TOKEN_TO_BE_REPLACED

SHANNON MATTHEWS: The trial of Karen Matthews and Paul Donovan…

THE SUN (front page): “SHANNON DRUGGED AND KEPT ON LEASH”

There is a stench of sexual perversion in the Sun’s headline. But sex was not the alleged motive in the “kidnap” of Shannon Matthews, money was.

It is alleged that mum Karen and “loner” Donovan wanted the £50,000 reward, in part out up by the Sun.

QC Julian Goose, prosecuting, says “that while Shannon was physically unharmed, Donovan had kept ‘ruled control’ over her when he left the flat to go shopping.”

Those who read the Sun may wonder if Shannon was cared for while she was away from her dear old mum and Craig Meehan?

Reader may wonder if the Sun is not a little disappointed that the case does not feature sexual depravity. And what with Shannon in her kinky school uniform, and all…

“STOP IT YOU’RE FRIGHTENING ME”

No, not the words of a million Mail readers, rather those said to have been uttered by Shannon Matthews

“She asked me to take care of Shannon. She told me there would be money in it for me.”

“She said I was to keep Shannon and look after her and she would report her missing. I was to keep her at my place. I wasn’t happy about that and she threatened to get three lads on to me. I knew one of the lads had stabbed someone and killed him. I was frightened so I said I would do it. She said if I told anyone I would be dead.”

The Mirror paints the scene of a case that though genuinely shocking it considers to be lacking in emotion. Donovan’s state of mind at the time is not given, but we imagine that he was pretty excited, too…

“A white elastic noose found hanging from a roof beam was long enough so she cold get to the toilet but not the front door.”

Shannon was kept restrained while Donovan went to buy lottery tickets, just in case the alleged plot did not work out and he needed some money to facilitate an escape…

The noose suggests torture. Was it worn about the neck? Duuno. We’re not told. But the noose soon becomes a “leash”, by which, it is alleged, Donovan kept Shannon from wandering away while he popped out.

Shannon was also said to have been fed Temazepam.

The case continues, although given the reporting, it seems all decisions have been reached…

A TONGUE twister to limber up your lips on the cover of today’s Daily Star: “I’M A CELEB WAG WAR.”

And so it goes, all the way to Robert Kilory Silk: “I am a tongue shitter.”

The Sun can only go on about “Baby P” who died in the care of its “vile” mum and stepdad.

If the Daily Star got its hand on the story, it would be a game of spot the difference between Baby P and Baby M.

So funsters, we turn back to the Star, and learn that miniature Wag Carly Zucker, former Muppet Dani Behr and Friend-Of-Anorak Nicola McLean will be providing more tongue twisters should they and any of the aforesaid Swash, former Blue singer Simon Webbe or Martina Navratilova gel in the dell.

Anorak will be rooting for Our Nicola, who used to play with our patron Old Mr Anorak’s youngest at the Corum Fields drop-in centre, London.

You go, Nicola. And if you see fit to win and want to do good deeds, how’s about returning that pencil your little sister took…

Vadge And Bitchie: Learn To Speak Guy And Madonna

THE STAR reports that Madonna has orders Guy Ritchie to adhere to her rules.

They are the 10 Rules of Woman given to Man by Madge the Vadge.

Of course, a few days with Bitchie and the Open To Bids (Kids) will be speaking like their You’ve Been Had (Dad).

Here’s Anorak’s print out and keep guide to how She’s A Gonna (Madonna) can keep with her children, and better communicate with them:

Trouble and Strife – Sent down for life

Tit for Tat – We were once the perfect couple

As spoken in Malawi…

Before Their Very Eyes

SHE was a brassy blonde whose cleavage was a ticket to fame and fortune. She played dumb and acted smart. She was a one-woman industry with a one-word name: not Jordan, but Sabrina.

Before she was Sabrina, she was Norma Sykes of Stockport, Cheshire. A junior swimming champion (breaststroke, naturally) at the age of 12, she might have become a ‘golden girl’ of the pool. Alternatively, she could have ended up working at her mum’s B&B in Blackpool.

An attack of polio changed everything. Two years in hospital (where doctors operated and considered amputation) were followed by months of rehab in the pool and gym. What didn’t kill her made her stronger, and her well-developed arms, legs and pecs would serve her well when she upped sticks and headed for the Smoke at the age of 16.

The big break came two years later in February 1955. Arthur Askey was fronting a BBC television show, Before Your Very Eyes, and he wanted a ‘dumb-cluck’ for comic purposes. Norma was in the right place at the right time. She was 18 years of age, with a new hair colour (peroxide blonde), a bigger-than-ever bust (42 inches), a smaller-than-ever waist (17 inches), and, courtesy of Askey, a new name that nobody would be allowed to forget.