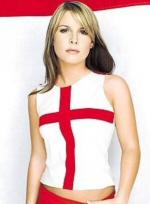 Psssst! Wanna win the lottery? It’s easier than you think.

A group of university types have come up with a winning formula. The syndicate from Bradford University ensure that every one of the 49 Lotto numbers is chosen on their lines.

Barry Waterhouse, who heads the syndicate, tells us how the plan led to his team winning £5,299,849. All 49 numbers were written on pieces of paper and placed in a box. Each syndicate member then chose six numbers until eight lines were filled.

That’s 48 numbers. The remaining number was then used to begin a new line, the rest of it made up from numbers already selected.

Of course, even if you use this method you might not win. Luck can also play a part. Really, it can…

Bookmakers William Hill are offering odds on Wayne Rooney’s lover Coleen McLoughlin giving birth to eleven sons and all of them going on to appear for the England team that wins the World Cup in 2030.

The odds are 76million-to-one. It’s a bit of a long shot. And if you think it is not worth the effort, consider that the odds on you winning last Friday’s EuroMillions draw were about the same.

Alex King bet his pal Lord Edward Davenport £100,000 that he could gatecrash the premier of The History Boys movie and shake hands with Prince Charles and the very fragrant Camilla. King achieved his objective, vaulting the VIP rope and standing in line with the great and good due to meet the heir to the throne and his wife. The papers had a field day – until it was revealed that Alex has actually bought a ticket. But he did still win the £100,000. Right?

From October 27, fruit machines will be paying out a bigger top prize. The maximum win will go up from £25 to £35. In return, the Department for Culture, Media and Sport, which negotiated the move, asks that all machines display the GameCare charity helpline number and signs telling under 18s that they are banned from playing. Machines in betting shops will retain their £500 top prize.

The Poker Party is over. The US Congress passed legislation on Sept. 30 making it unlawful for credit-card companies to collect payments for transactions with online-gaming sites.

PartyGaming, the world’s largest publicly traded online gaming company, and 888 say they will suspend business with U.S. residents when the law takes effect. PartyGaming generates 75 percent of revenue from the U.S, according to analysts UBS AG. And there is more.

The BBC reports that Congress has permitted online gaming by companies providing horserace betting, so-called fantasy games and lotteries. “And guess what?” asks the Beeb. “Most of them are US-owned… Which suggests that in the casino of globalisation, Congress may be engaged in old-fashioned protectionism – or rigging the game in favour of US companies.” 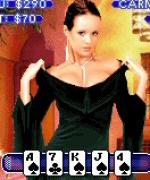 THE chat forum on Yatton Parish Council’s website has been closed for mentioning gambling.

Definitely not. No chance. No way!

A shirt worn by Manchester United player George Best has sold at auction for £24,000. The shirt, won by Best in United’s 8-2 thumping of mighty Northampton Town in 1970, was bought by an anonymous buyer.

Poor old Michael Ballack, German football captain and Chelsea’s new play thing. Such is the high cost of living in London, that Michael – wages £130,000 a week – says: “London is expensive. It’s better to rent.” Indeed. So if you know anyone with spare room in a flat share call 0800 CHELSEA. They need your help.

The interesting football transfer of Argentine superstars Carlos Tevez and Javier Mascherano to West Ham United has caused William Hill to open a book on when the pair will leave the club. Punters can get 8-11 on the players leaving the Hammers by next season. Seems like a good bet to us. Pretty much a sure thing.

Luck Be A Lady

Coming to an email inbox near you, adverts for Las Vegas casinos with nude dealers. “Casinos on the Las Vegas strip provide cheap or free alcoholic beverages to lessen the mental processes of gamblers. Online casinos don’t have that luxury, so it appears they are trying to distract gamblers in more titillating ways,” says Graham Cluley, senior technology consultant for Sophos. “Whatever you think of these tactics, the gambling websites are in danger of breaking the law by sending unsolicited spam like this. Companies and home users need to protect themselves from the nuisance of junk mail, and boycott those businesses who are supporting it.” Here, here. 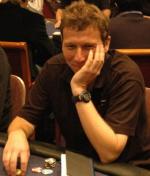 The eight possible locations for the sighting of Britain’s only super casino are writing their bids.

Blackpool, Wembley Stadium, Cardiff, Glasgow, the Millennium Dome, Manchester, Newcastle upon Tyne and Sheffield are competing to host the country’s biggest slot (up to 1,250 unlimited jackpot machines) and leisure emporium.

The winner will be announced in December by the Casino Advisory Panel, an independent body set up by Tessa Jowell, the Culture Secretary. Virgin.net will bring you all the news and views from the debate. Stay tuned…

And today we hear from poker playing Mick Atherton, the former England cricket captain. Says he: “Super-casinos do not make for good neighbours. They have everything a visitor needs there on the premises, so there’s no excuse for them to leave. There’s little reason for people to stay overnight – Sheffield would not so much attract tourists as gambling commuters.”

This is not to say sun-kissed Sheffield is not a great place to holiday. Just that there are limits to what gambling can do for an area. 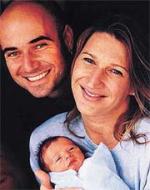 By now Andre Agassi should just about have stopped crying. The tennis ace has retired from the game, and his eyes are red with tears. But there is hope for more success in the Agassi household. Punters are betting that the man’s son Jaden will win Wimbledon. David Coe, of Southport, Merseyside, has bet £100 at 500-1 that Jaden will ape his dad’s achievement.

Lottery winner Sue Jeffrey, 46, thought she was doing the right thing when she bought her son 20-year-old Kyle a £33,000 six cylinder, fuel-injected Nissan – 0-to-100mph in seven seconds. Sue, who won £1.6million, even paid his £7,000 annual insurance. But Jerry was not able to handle the car and following an accident has been sent to a young offenders’ institute for four months after admitting dangerous driving. Judge Robert Moore said Kyle had been badly served by someone who “should have known better”.

Slough has a new hero. John Young, a 32-year-old freelance writer, won the £10,000 first prize in the World Strip Poker Championship (no-limit hold ‘em), held at the Cafe Royal in London. Having seen off the challenge of 200 male and female players to win the Golden Fig Leaf Trophy, Young won yet more money. Organiser Paddy Power, bookmakers, said they would give 10,000 pounds to Cancer Research if John dropped his trousers at the end of the match. He did just that. What a guy. What a winner.

Gary Nicholls saw something in his son Ricky. So more than ten years ago, he staked £150 on his boy making it as a professional footballer. And Ricky, now aged 16, has been offered a full-time scholarship by Championship side West Bromwich Albion. Ricky earns £90 a week. But if he plays for the first team by the time he is 18, dad Gary will win £50,000. Gary will earn another £100,000 if West Brom make it to the Premiership next season and Ricky plays. And he will earn £250,000 if Ricky makes it all the way to play for England by his 24th birthday. Gary says he will give his son all the winnings. Although if Ricky becomes a top footballer, the last thing he’ll need is more money…

Nun On The Run

Have you seen Sister Barbara Markey? A professional nun, Sister Markey ran the Omaha, USA, archdiocese’s Family Life Office and was co-author of a Catholic Marriage Preparation program called FOCCUS. An arrest warrant alleges that Markey spent more than $307,000 in archdiocese’s funds on gifts for family and friends ($33,488), personal trips ($24,775), and casinos ($67,656). On June 28, 2006, Sister Markey turned herself in to police. She posted bail sometime that day, but she is still waiting her hearing for a potential 20-year jail sentence and/or a $25,000 fine.

When he’s not living every teenage boy’s fantasy – pulling great looking women, driving fast cars and drinking cocktails – James Bond is gambling. And new Bond actor Daniel Craig has become a card-sharp. For his forthcoming movie Casino Royale, Craig needed to learn how to play poker. He was taught the game by John Duthie, a British card player who has made over £1.5 million from the game. Craig now plays for fun.

Ofcom, the broadcasting regulator, and Icstis, the premium–rate telephone regulator, say they are to investigate interactive TV quiz channels, as the Times reports. There are 11 quiz channels on UK television, watched by up to a million people a night. Viewers have complained that they call the advertised number – for which they are typically charged 65p-75p flat rate per call – and are told that they have not been selected to enter the competition proper. Sorry. Thanks for your money. Goodbye.