Woman walking with Jesus attack another woman with Bible 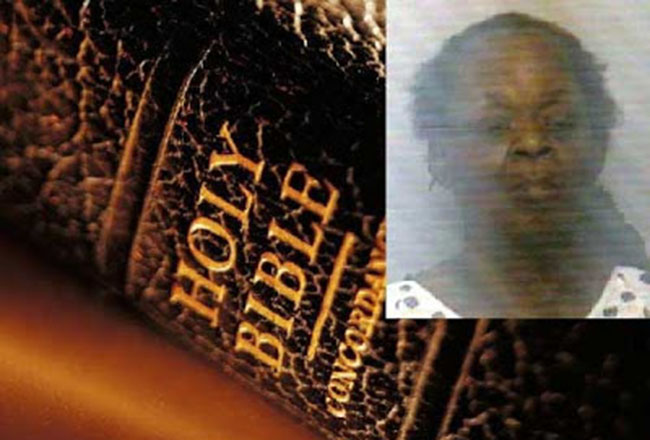 BIBLE basher of the day is Evelyn Mills Moore, 57, of Saddlebrook Court in Kings Mountain, North Carolina, who hit a woman “numerous times about her body with a closed fist and striking her with a Bible about her left arm”.

Only Mills has been charged. Jesus, whom she most likely believes to be with her at all times, evaded justice… 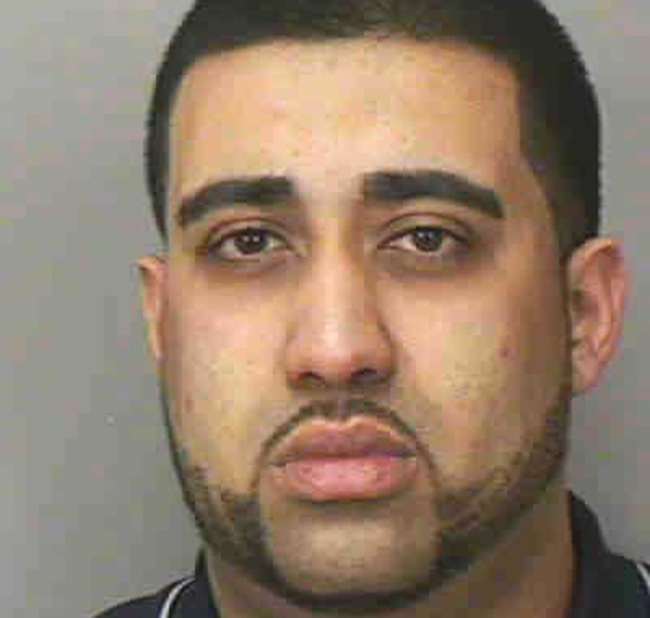 LOVE is… Not expecting your honeymooning bride to have sex with you. If that is love then Mohammed Ahmed, 21, might be a great lover. The Illinois local was  on his honeymoon in Florida when he spotted an ad for a prostitute. He got in touch and hired the woman.

END_OF_DOCUMENT_TOKEN_TO_BE_REPLACED 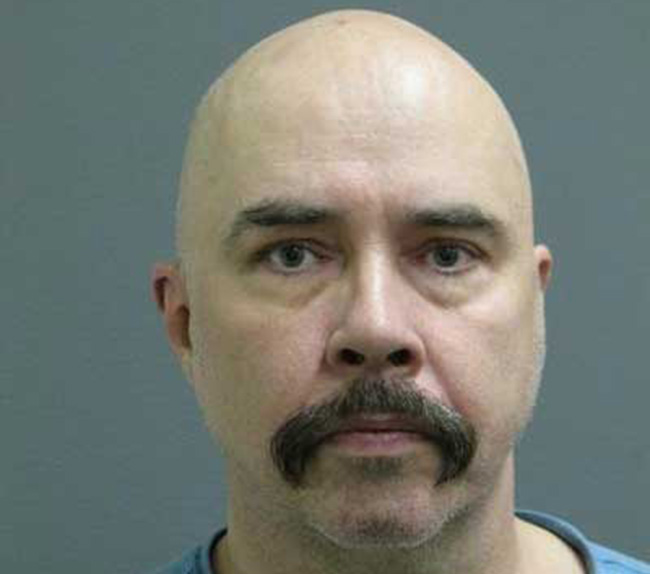 TO Riverside, Illinois, where Robert Golba, 55, passed out drunk on his 81-year-old mother. She is pinned to the kitchen floor for hours. Eventually a relative happened by and called the emergency services.

END_OF_DOCUMENT_TOKEN_TO_BE_REPLACED

THE Star Early Edition has news for flying witches:

Witches flying broomsticks in Swaziland above 150m will be subject to arrest and a hefty fine of R500 000, civil aviation authorities said yesterday. Witches’ broomsticks are considered similar to any heavier-than-air transportation device that is airborne. The statute also forbids toy helicopters and children’s kites from ascending too high into the country’s airspace.

“A witch on a broomstick should not fly above the (150m) limit.”

Witches flying below 150m are exempt but are advised to watch out for gun fire.

Is nothing safe? Man arrested for having sex with a dead peacock 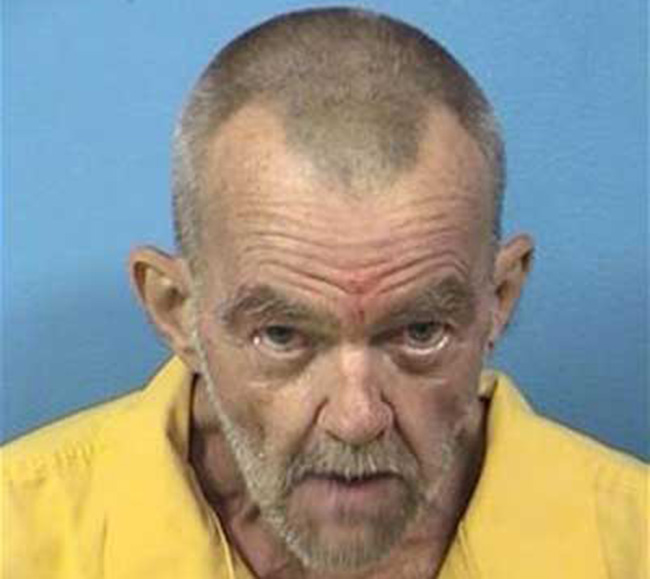 IS nothing safe? To DuPage County, Illinois, where David Beckmann, 64, is accused of having sex with a peacock named Phyl. The peacock was found dead in his garage. It’s not known if the alleged sex occurred before or after the peacock died.

It almost makes you hanker for the days when men just shagged pavements.

One of the best spot squeezing videos ever is utterly disgusting 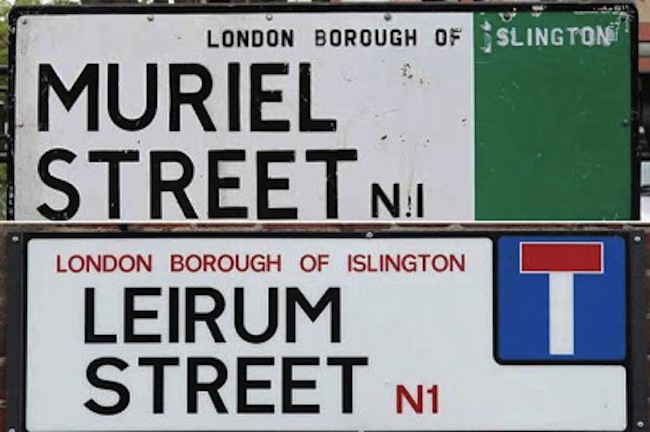 NO-ONE lives inMuriel Street in Barnsbury, north London. Muriel Street has been wiped from the map. In its place is Leirum Street. That’s Muriel spelt backwards.

An Islington spokesman assures us that this is not a cock up in the Letraset section:

“The name change for a small section of Muriel Street – which is cut in two by the estate – was requested by the tenants/residents association. This was to make it less confusing for emergency vehicles and other visitors. Some residents thought it was a cock-up, but it was a quite deliberate decision. I don’t know exactly who chose the name.”

Once upon a time, street names would reflect the the place’s history or aspirations. Lerium Street is a place best viewed from a passing car’s rear view mirror. 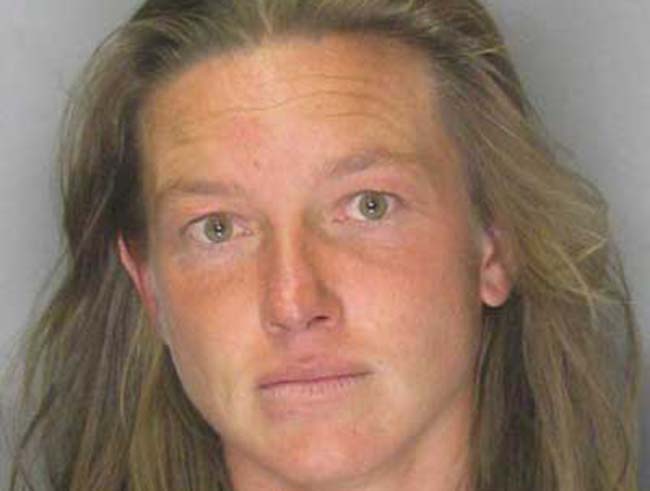 ETTA Lopez, 31, assaulted a Sacramento police officer as part of her steps to stop smoking.

“It was totally unprovoked. All of a sudden she stepped into me and slapped me in the face.”

An expert in the form of Kimberly Bankston-Lee, of the anti-smoking group Breathe California adds:

“If it led somebody to doing something like that to quit, that lets us know in the community that we have a real problem.”

Indeed. Time to ease up on the anti-smoking routine. It’s driving people nuts…

X-ray of woman’s face after husband harpooned her mouth 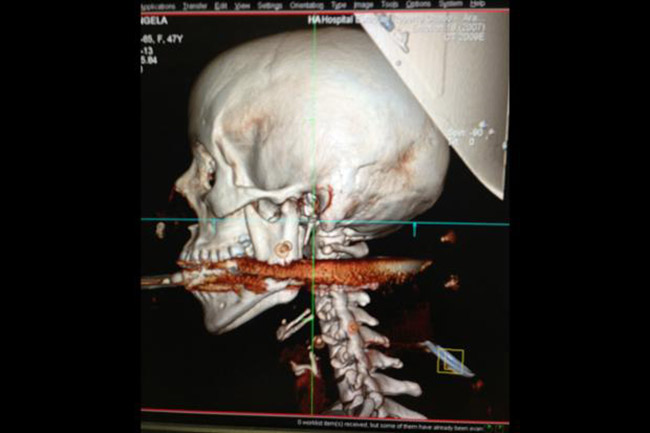 THIS is an X-Ray of Elisangela Borborema Rosa’s head after her husband shot her in the face with a harpoon. He says he was cleaning the fishing spear when it went off in his hand. The spear hit Elisangela in the mouth and passed though the back of her neck.

And that’s the truth, yer honour. 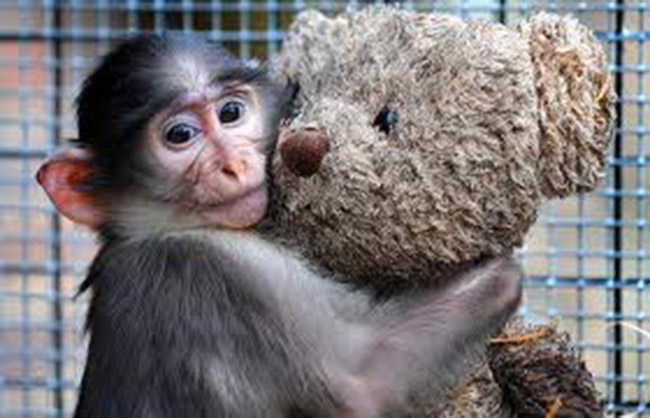 IN China a bear and  a monkey have been in a bicycle race. The finale sees the bear eat the monkey. Wow. In China, even  the bears eat anything.

PS – what odds a monkey stole the bike? 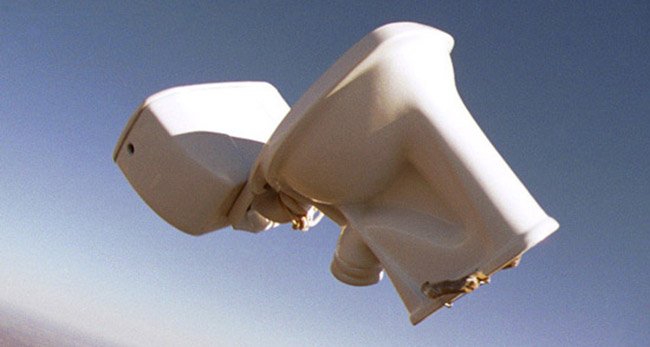 DRIVERS will testify that driving itself, is pretty cool. The freedom of the open road, listening to tunes in your car and being free to go anywhere is one of life’s best pleasures. However, it is constantly spoiled by everything else.

You have to feel for the poor sod who was driving around, only to find that their wheels were hit by a flying toilet.

The driver was on her way to school in Thorndike, Maine, when out of nowhere, he motor was thronked by a portable toilet that didn’t have any business travelling through the sky.

Local chief deputy Jeff Trafton said she tried to swerve away from the large object, which flew out of a delivery truck. Ronnie Furrow may have a brilliant name, but he’s also responsible for the flying latrine, and has been issued a summon for not properly securing his load.

Mercifully, the toilet in question was confirmed as being clean, reports BDN Maine.

Imagine if it wasn’t. The teenagers turning up at school looking like a silage equivalent of Carrie would’ve ensured a bullying that would’ve lasted the rest of her waking days. 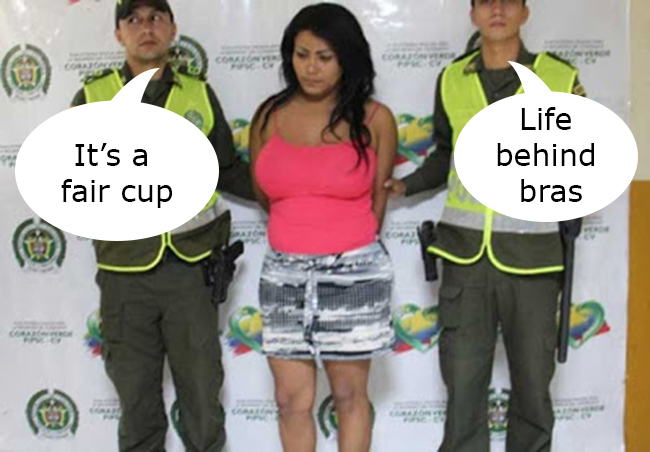 After escaping from prison, Mr Rebolledo pulled on a dress and invested in breast augmentation surgery. He became Rosalinda. END_OF_DOCUMENT_TOKEN_TO_BE_REPLACED 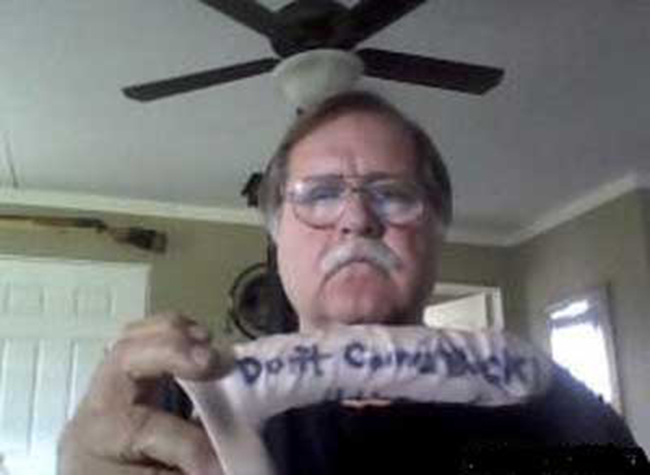 “We were aghast, I mean, we were absolutely shocked by what’s in this box. My wife was, just, ‘Oh my God! What, who is this? What do they want? What are they going to do next?’”

END_OF_DOCUMENT_TOKEN_TO_BE_REPLACED 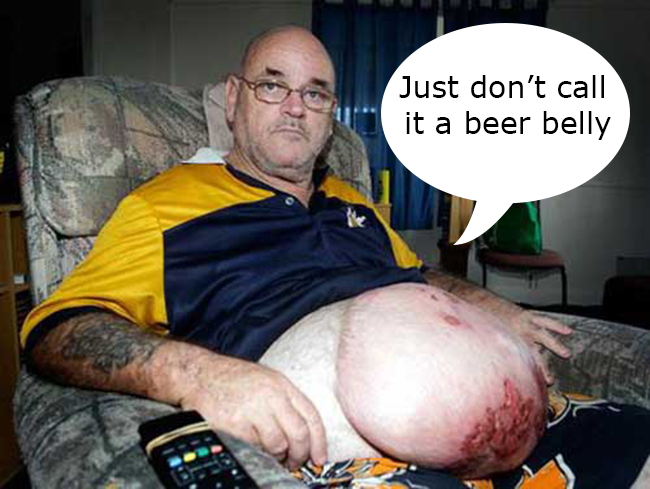 ON March 20, 2012, John Macdonald, 59, went on a fishing trip on the Brisbane River. He took his rod, bait and beer. When he dropped the booze into the river he soon retrieved it. But after drinking it, he fell ill. And he got worse. After a week he was booked into Caboolture Hospital for urgent surgery.

He then fell into an coma.

After three operations, he work up. And he saw the massive hernia on his stomach. He says he needs a further six operations.

What was on the beer? Any ideas? And what does this say about the five-second rule? 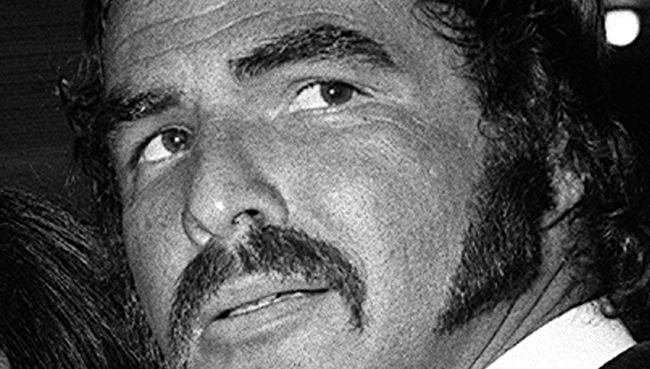 ARE you a virgin? Ever thought of selling your virginity? Well, one young lady is offering hers to Burt Reynolds, not that she actually knows him.

And the 24-year-old doesn’t really have her virginity in tact, but rather, she has a ‘born-again virginity’, whatever that means. And Burt Reynolds can have it, free of charge.

END_OF_DOCUMENT_TOKEN_TO_BE_REPLACED

Car park demolished around a car

OVER in Shanxi, China, a demolition crew performed something of a bizarre, wrecking crew miracle. The demolished tonnes of concrete AROUND a car, leaving it without a scratch.

The demolition team had been waiting for the driver of the car to return to the area so they could crack on with work. However, after 10 days, they were so impatient that they couldn’t put it off any longer.

END_OF_DOCUMENT_TOKEN_TO_BE_REPLACED 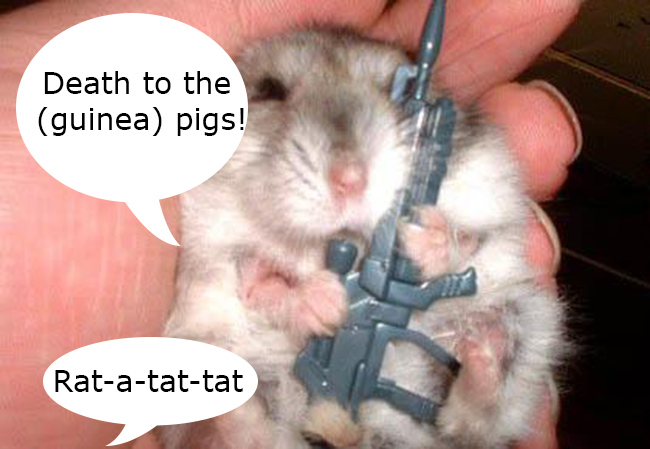 WHEN police raided a home in Werneth, Oldham, looking for drugs, the sniffer dog knocked over a hamster cage. The creature escaped. The police dog ate the hamster. Police then forced the dog to vomit up the dead hamster.

Police then arrested the hamster’s owner, one Muza Khan. No, not for any drugs offences. He was booked to appear at Oldham Magistrates Court because having killed his hamster, police found a bald parakeet during their raid. They said Miko the parakeet was “in distress”.

END_OF_DOCUMENT_TOKEN_TO_BE_REPLACED 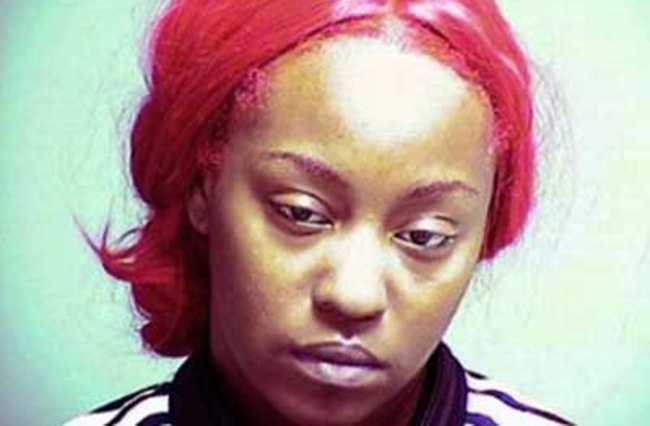 THE 14-year-old boy from Prospect Heights, Milwaukee, should never forget the prostitute he booked.

END_OF_DOCUMENT_TOKEN_TO_BE_REPLACED 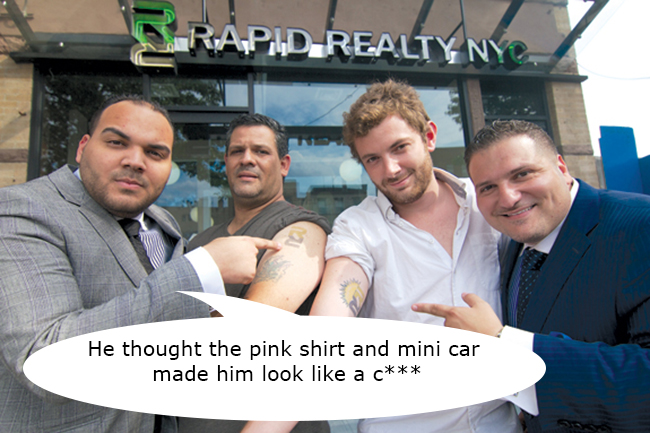 SOME people are thundering bozos and will do anything to get noticed. Take for example, the gasping simpleton that works for a New York real estate agency called Rapid Realty. RR are offering their staff a pay rise if they get a tattoo of the company logo. (On your arse? – ed)

In exchange for carrying a logo of a corporation, you get a 15% wage increase. Astonishingly, 40 members of staff have already taken up the offer.

One member of staff says it isn’t about the money. Robert Trezza says:

“I think it’s a good opportunity to show commitment to a company that makes going to work fun every day.”

END_OF_DOCUMENT_TOKEN_TO_BE_REPLACED

PINK Floyd’s Dave Gilmour is not unwell. He is not staying at Minnesota’s  St. Cloud Hospital. The man signing autographs and racking up a $100,000 bill is Phillip Michael Schaeffer, 53. He’s now under arrest.When Schaeffer was booked into hospital he told medics he was David Gilmour. He said he had no health insurance.

Still, he was treated and sent home.

Such is the universal pleasure in spotting a famous face that Schaeffer was asked to sign an autograph for a hospital employee’s son. END_OF_DOCUMENT_TOKEN_TO_BE_REPLACED 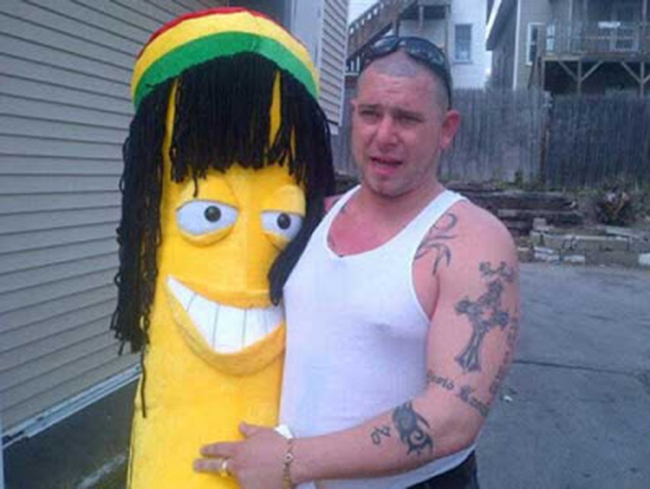 HENRY Gribbohm, 30, swapped his life savings ($2,600) for a huge stuffed banana with dreadlocks. He’s gone with $300 cash and his daughter to a Manchester,  New Hampshire, carnival. He played Tubs of Fun in hope of winning an Xbox Kinect. He had to toss balls into a tub. Make the ball stay in the tub and win. Simple.

But it wasn’t. He lost $300. Then he went home to get the rest of his cash. He then set about losing it all.

“You’re expecting the kids to win a few things, let the kids have a good time. It just didn’t turn out that way . It’s not possible that it wasn’t rigged.”

END_OF_DOCUMENT_TOKEN_TO_BE_REPLACED 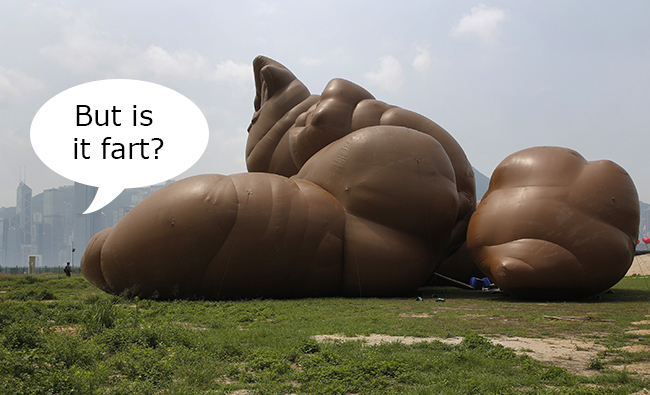 THE 15.5 metre-tall Complex Pile, a work by Paul McCarthy, has run. The massive inflatable pile of poo has been let down. It lies like a brown smear on the grasses of West Kowloon. The neat and tidy packet has become a meandering run of diarrhea. A spokeswoman for the West Kowloon Cultural District investigates:

“A small hole was discovered on the surface of the piece. We are doing our best to fix it and hopefully we can inflate the artwork as soon as possible. We believe it is because of the weather.”

It must have been something in the water… 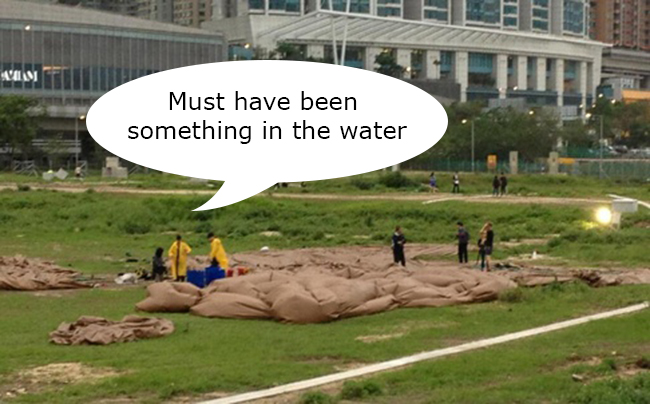