We bring you the chic and unique, the best and most bizarre shopping offers both online and offline. We offer you tips on where to buy, and some of the less mainstream and crazy, individual and offbeat items on the internet. Anything that can be bought and sold can be featured here. And we love showcasing the best and worst art and design. 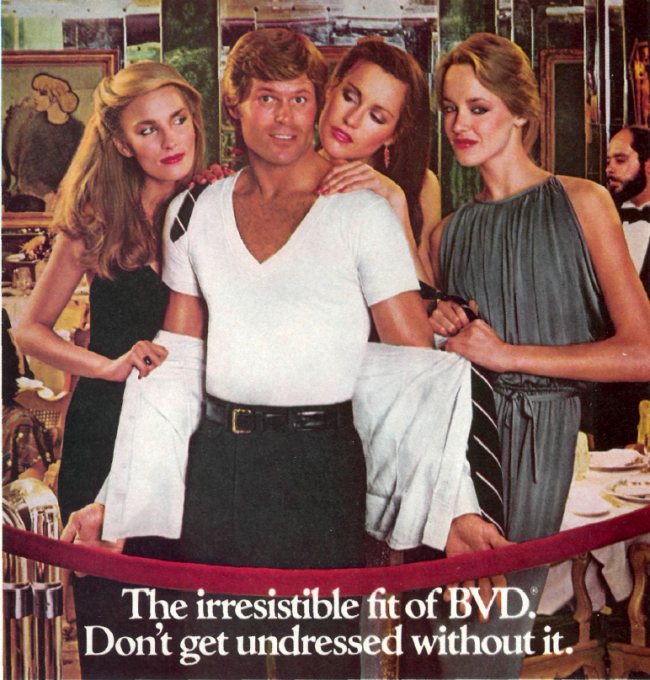 THE obvious way to sell men’s clothing is to proclaim that the garments will somehow turn the average guy into an irresistible Studasaurous.  From the late Sixties to early Eighties, when Baby Boomers were in their sexual prime, this marketing tactic went into hyperdrive.  Boomers were ready to mate, and menswear adverts proclaimed that their apparel was the gateway to sweet, sweet lovemaking.  Here are a few examples.

END_OF_DOCUMENT_TOKEN_TO_BE_REPLACED 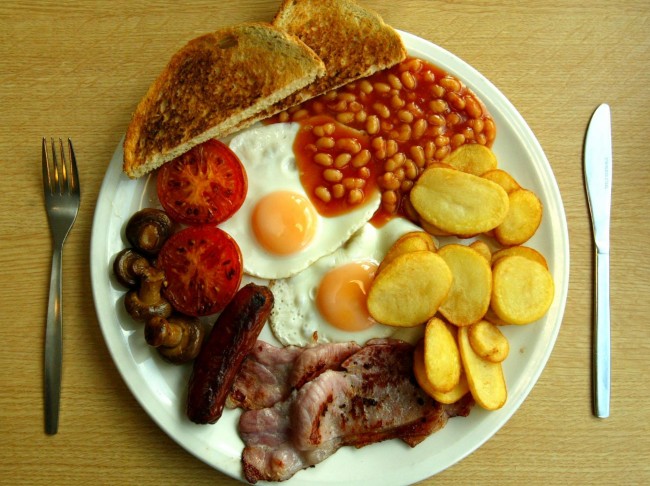 I HAVE to admit to being rather surprised that this isn’t in all of the newspapers instead of just one. For we journalists are notably bibulous creatures and thus the news of a hangover cure that actually works should be of great interest. Well, to those of us who write the news even if not to those who read it. And it seems that the Great British Breakfast really does beat the hangover:

Speaking ahead of the annual meeting of the international Alcohol Hangover Research Group, he said the best hangover cures are those that provide glucose.

He told The Atlantic: ‘One of the mechanisms of the hangover is to do with glucose metabolism and not having enough blood sugar.

‘In Britain, one of the most prevalent hangover cures is a big fried breakfast – fried eggs, sausages, baked beans, and all the rest – that’s well-renowned as a hangover cure in Britain, and it probably does work because there are lot of carbohydrates in that meal. And that will restore depleted sugar levels.’

END_OF_DOCUMENT_TOKEN_TO_BE_REPLACED

IN 1934, Alexander Wiederseder recorded this architect’s nightmare on the area surrounding Los Angeles. 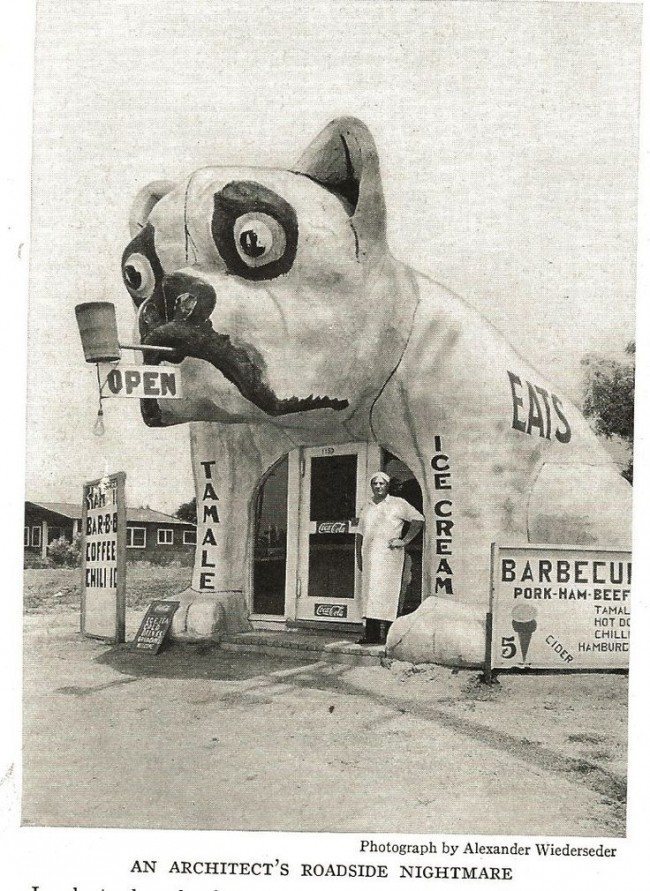 10 Reasons Aerobics In The 1980s Was Crazy Awesome

BY THE 1980s, the Baby Boomers, who had enjoyed the Sexual Revolution as trim youth, suddenly found themselves with a little extra weight as they entered their thirties. The alarm was sounded, and what followed can only be described as a cocaine-fueled mania. One manifestation of this fitness assault was an aerobics explosion. I don’t think anyone really knew what they were doing, but they looked wonderfully insane doing it. 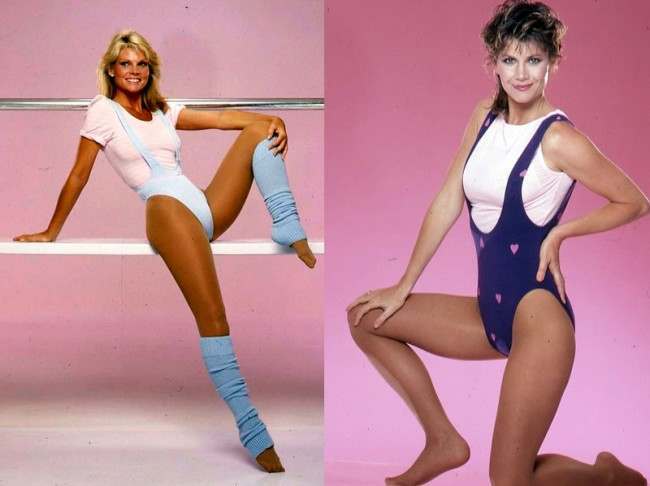 Of course, this whole maniacal phenomenon would’ve never gotten off the ground were it not for the necessary endorsement from celebs. Jane Fonda made a mint off her workout video, but other famous names were only too quick to jump on the new trend.

END_OF_DOCUMENT_TOKEN_TO_BE_REPLACED

Terrifying Quiz From 1987 Evangelical Book ‘How to Raise ‘Purfect’ Kids’

IN 1987, John Ray Bohlen taught parents how to raise children in his guide How to Raise ‘Purfect’ Kids. You can read more of his wisdom on the Great Commission Ministries Website.

In this day when juvenile delinquency is rampant and broken homes are rife, here is a safe, sure, and sane —– guaruntee from God!!! Here are practical Kingdom principles on how to raise perfect children written by a couple who did!!!

In these pages, meet Joey, Kari, Dawn Joy, and Josh. They are fun loving, people loving and God loving! They are obediant, but creative; righteous but not religious; rrespectful, but not restrained.

John has yet to write a book on spelling, but he is massively popular (it says here):

John Bohlen is a person of unquestioned integrity who has dedicated his life to the fulfillment of the Great Commission. John’s message about “The King’s Greatest Secret” has blessed many throughout the United States, and his books are in great demand in Africa as well as in the United States.

Does it work? Well, look at his kids: 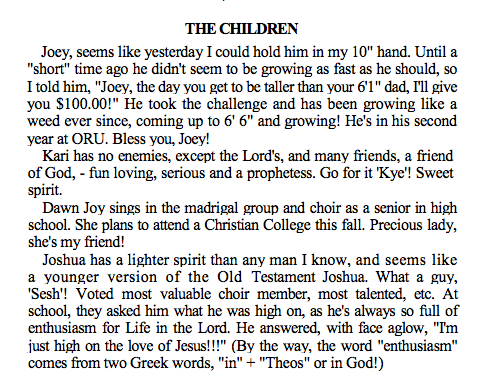 Better Hurry Down To The Supermarket With Your Rials And Bahts: The Foreign Change Scam 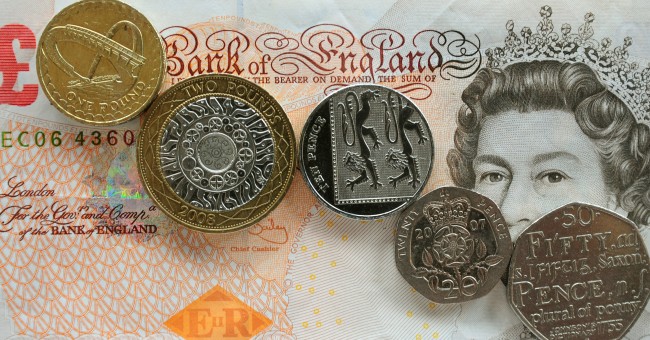 THE problem with machines is that they’re just not as good as human beings at pattern recognition. This is true of humans looking at human faces as opposed to machines looking at them as it is of supermarket checkouts recognising coins.

And this gives the opportunity to save a bit of money: providing you’re willing to be a thief while you do so of course. For those supermarket checkouts can’t tell the difference between a 250 Iranian Rial coin, a Thai 10 Baht one, or a £2 coin. And this does make a bit of difference:

Co-Operative stores are to examine their self-service checkout systems after Morrisons banned the use of £2 coins to prevent the growing number of people paying with similar shaped foreign change.

Morrisons announced it would not accept the large bimetallic coins at self-service tills in a number of stores until the technology had been updated to recognise the fakes.

Store bosses say there has been a sharp increase in the number of customers disposing of unwanted foreign coins which are the same size as a £2 but are worth far less.

The Iranian 250 rial, which is worth just one pence, is commonly used in place of the £2 coin, as is the Thai ten baht, worth about 18p.

END_OF_DOCUMENT_TOKEN_TO_BE_REPLACED

JLS have gocen to the EU’s Boyband silo. But you can keep the magick alive with your… 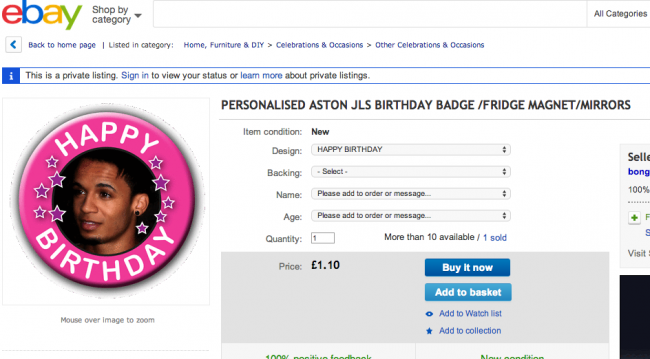 END_OF_DOCUMENT_TOKEN_TO_BE_REPLACED

Using Tinder and Grindr Gives You The Clap 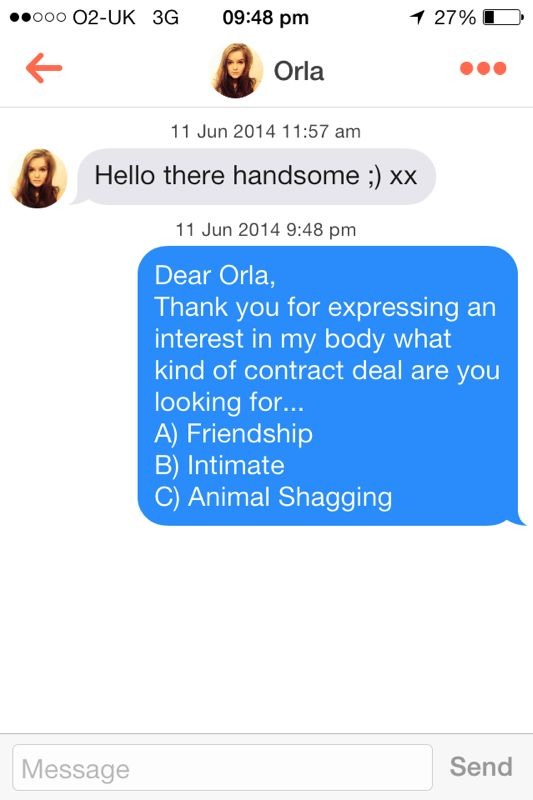 TINDR and Grindr  give you the clap. That, at least, is the finding of a new piece of scientific research, that using dating apps on smartphones, like Tinder or Grindr, gives you the clap. It’s not, by the way, the apps themselves that leave you with that itchy or burning sensation. Rather, that if you’re the sort of person who bunks up with anyone likely to say yes then you’re more likely to end up with the clap than those who are more discerning.

People who meet their sexual partners through dating apps are more likely to catch an STI, new research suggests.

In the last few years, smartphone apps – such as Tinder and Grindr – have become increasingly popular ways to meet potential sexual partners.

END_OF_DOCUMENT_TOKEN_TO_BE_REPLACED

Find Out What Happens When People Answer Phone In This Cinema

Un-FARE! Uber Downloads Rise 850% As A Result of Taxi Protests 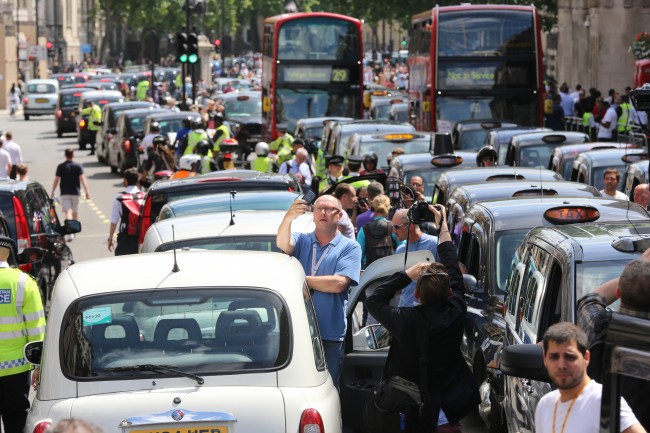 Black cab and licensed taxi drivers protest at Trafalgar Square, London over the introduction of a phone app called Uber which allows customers to book and track vehicles.

THIS is just lovely: as a result of the taxi protests about how awful Uber is in stealing the crusts from the mouths of the poor babbies of taxi drivers there’s been a surge of interest in Uber itself. To the point that downloads of the app rose 850% over the same day a week earlier. This isn’t what those cab drivers were hoping would happen. Well, not unless they’re even more stupid than we already think they are.

Up to 10,000 taxi drivers brought gridlock to central London on Wednesday as they protested against Uber, the mobile application that has become popular in cities across Europe.

END_OF_DOCUMENT_TOKEN_TO_BE_REPLACED

Vacant Property: Is This The Country’s Worst House To Rent?

AH, Surrey, where women in white jeans and Anthea Turner hair vie for our affections with men who think Jeremy Clarkson would be a great Prime Minister. And it’s where you can move into this magnificent 1 bedroom house in West Ewell, Surrey. 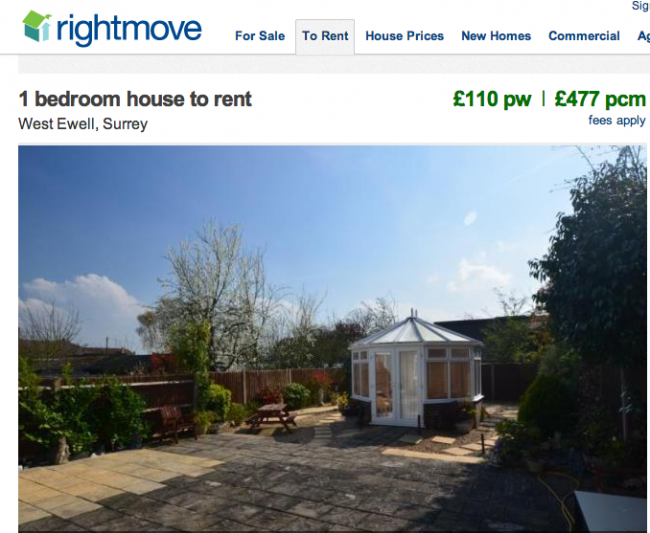 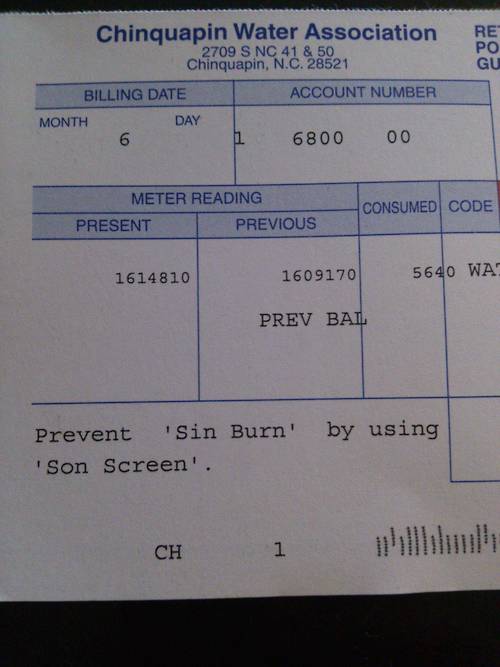 Peter Tork’s Dairy Erotica On Acid: A Look Inside The March 1971 ‘TEEN magazine 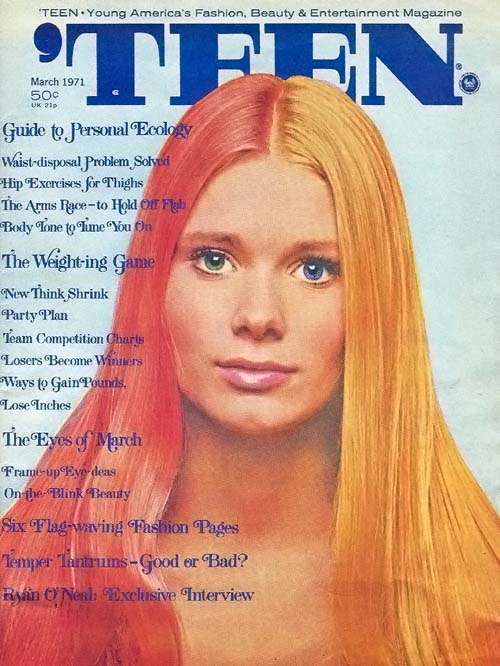 THERE’S no better insight into the teenage girl psyche than those ubiquitous teen magazines. So, let’s step into the mind of early Seventies teenyboppers and take a look at the March 1971 issue of ‘TEEN magazine.  It’s chock full groovy advertising and advice, fashion and feminine hygiene. Within its glorious pages we’ll find a plethora of mini-skirts, a cry for the whereabouts of Peter Tork, and how to look fabulous in the jungles of Vietnam.  Come take a look!

DYE ADVERT – MAY CAUSE ACID FLASHBACK 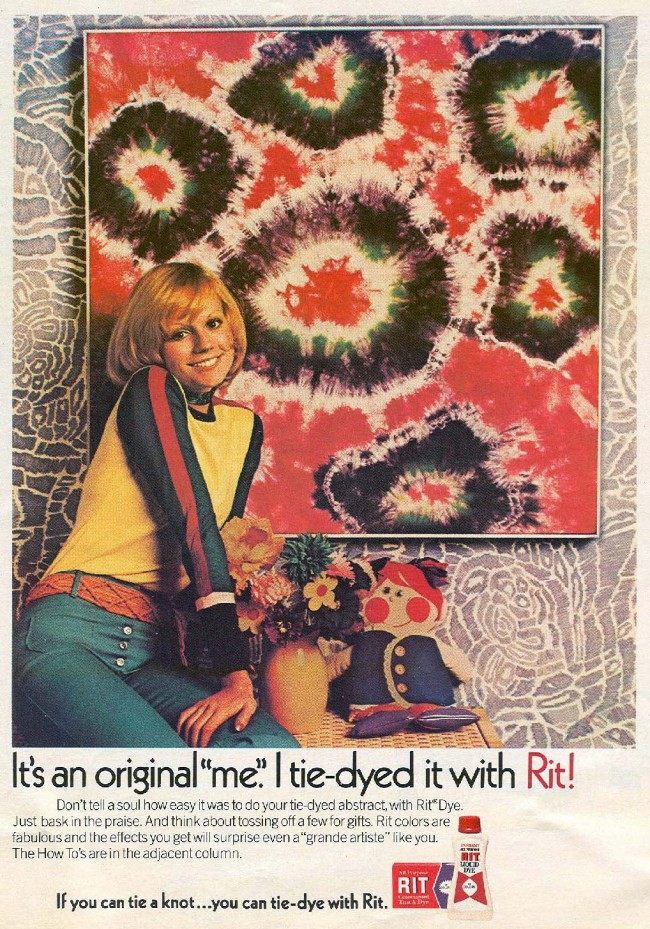 This tie-dye painting in combination with that wallpaper is causing a bit of a sensory overload.  While I’m sure that wall is nice while gobbling up psychedelics, it would be migraine inducing on a daily basis.

END_OF_DOCUMENT_TOKEN_TO_BE_REPLACED

FASHION is the gift that keeps on giving. At the Royal College of Art’s Graduate Fashion show, we spotted this design by Ge Bai. We wondered where the inspiration came from… 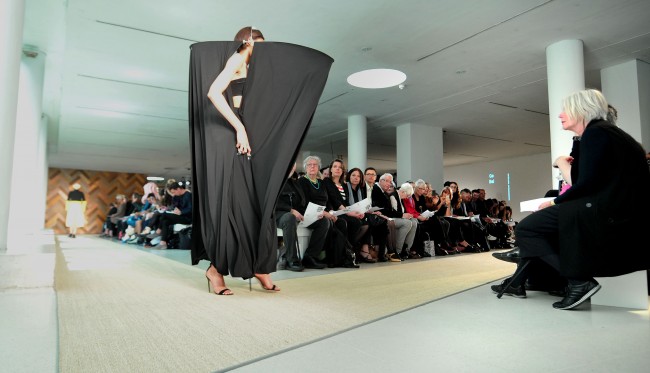 …and then we realised:

END_OF_DOCUMENT_TOKEN_TO_BE_REPLACED

I BOUGHT my first pair of Converse shoes aged 10. The Converse Chuck Taylor All Star sneaker was all man. It was also all woman. My sister got them first. But I don’t care. These wasn’t unisex shoes. This wasn’t like being called Lesley. Converse were just cool.

They have been ever semi-professional basketball player Chuck Taylor added his name to the Converse Rubber Company’s “All Star” shoe. Taylor was hired as a salesman. He would travel the US showcasing the shoes in basketball clinics. Chuck and his shoes were a hit.

The kids with no idea wore plimsoles to play. The ones with ideas but no clue wore Dunlop Green Flash. The cool kids had Converse.

Who wears them now? Anyone. Anywhere. 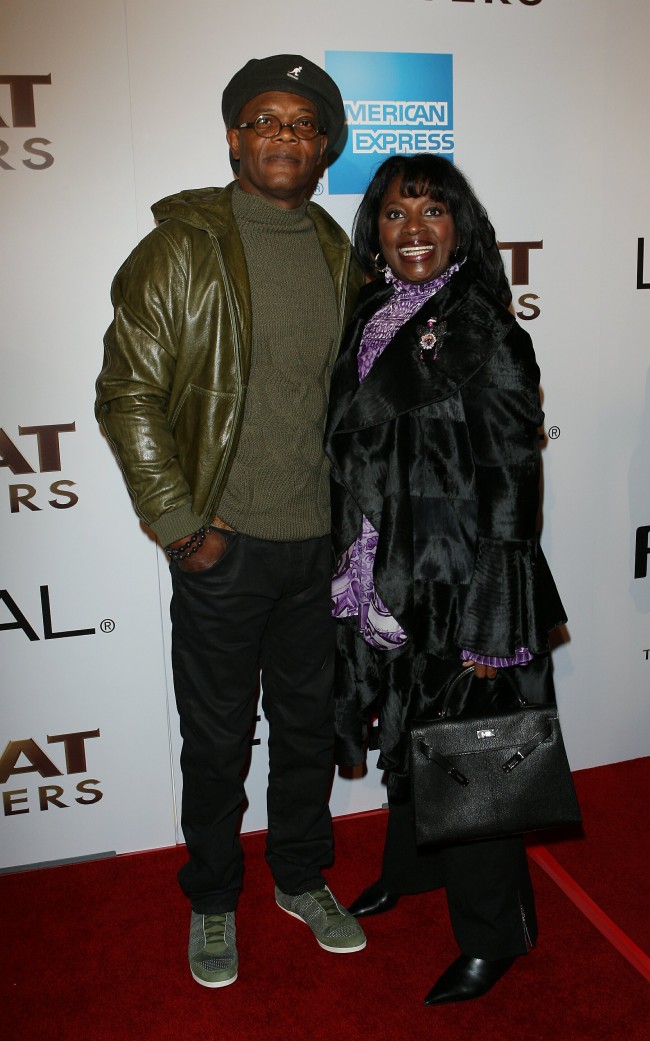 END_OF_DOCUMENT_TOKEN_TO_BE_REPLACED

PROPERTY of the day is in London’s Islington zone:

Single Studio Available within walking distance of kings cross and Islington. This modern studio apartment comes complete and fully self contained With its own en-suite bathroom and kitchenette. Neutral deco and laminated floor boards through out.

And this is the best photo of it: 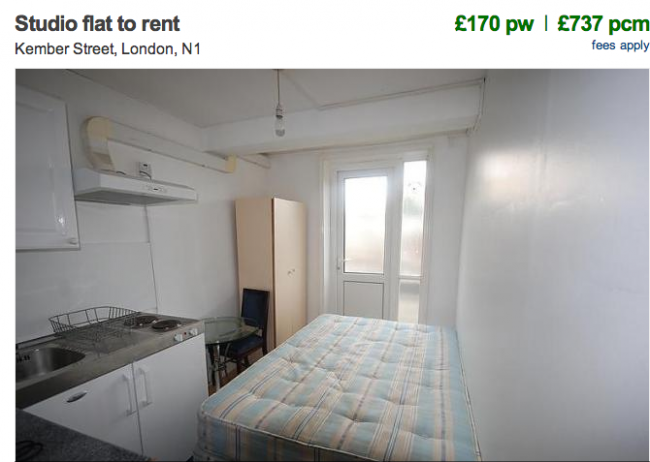 Soda Can Devolution: From Elegantly Simple To Eyeball Assault 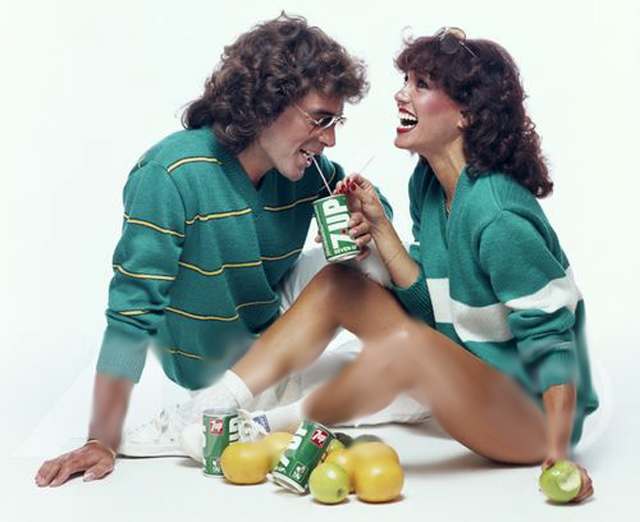 IT’S RARE for a product’s logo or package design to stay constant over the years.  More often than not, they get a makeover every few years to keep up with the tastes of the times.

Comparing soda cans from decades past to the present, it’s immediately apparent that we no longer prefer simple elegant designs… that we prefer busy, hastily thrown together crap designs instead.